STV is a Bad Fit for Canada 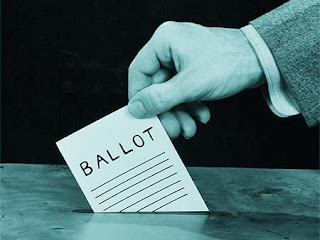 As a long-time advocate of electoral reform, with a heavy heart that I must advise my fellow British Columbians to vote against BC-STV on the May 12th.

BC-STV or “single transferable vote” is a bad fit for Canada, and if adopted here could become a mistake repeated in other provinces with potentially disastrous consequences.

The reason is that STV has an extremely poor record of representing the diversity that Canada is so renowned for, and may in fact lead to even less women being elected than our disgraced “first past the post” system that routinely returns only one in five elected female representatives.

If you watch this video of the Ontario Citizens Assembly process, you will see something that the BC citizens assembly never did. Professor David Farrell of the University of Dublin and authour of the textbook for both the BC and Ontario citizens assembly processes was asked specifically about STV and women during the deliberations in Ontario.

Professor Farrell states clearly that: “there is still this forlorn hope among STV proponents that you are going to find [more women elected under STV someday but unfortunately Ireland and Malta as the only two countries that use single transferable vote are historically right at the bottom of the heap in terms of the representation of women, so it is just not working.”

So why would the BC citizens assembly recommend a system that is even worse in terms of representing gender equity (and ethnic diversity) than our current system? Perhaps because they were never directly presented with this important information. Incredibly, gender equity was never part of the mandate of the citizen’s assembly.

This country exemplifies and celebrates diversity more than any other nation on Earth. There may be places that STV would be a better fit, but that place is not Canada.

Malta under STV elects less than 10% women, far worse than even our notoriously gender biased first past the post system. If we are going to bring in the first major electoral reform in North America, why would we want to start with a system that in many ways important to the Canadian character could be even worse than what we want to replace?

Many of these failings of STV flow from the notoriously adversarial system it uses to elect local representatives. In a single riding, literally dozens of candidates must compete for your attention, often of course by slagging their opponents.

People from the even the same political party are in direct competition against each other on a ballot that can be the size of a table cloth. Personalities like Don Cherry prevail. Those like Lester Pearson do not. It is little wonder such a gong show model attracts or elects such a paltry number of female candidates.

Likewise according to Professor Farrell, STV has a poor record of representing minority groups – another core Canadian value – in comparison to list systems like “mixed member proportional representation” (MMP).

So how did we end up in this mess? It is worth reflecting on flawed decision process imposed on the BC Citizen's Assembly in the final days of their determination. After months of mind-numbing expert presentations to lay members, the final crucial decisions were crammed into only two weekend sessions.

The enormous investment of time and effort meant there was little doubt the assembly was going to rightly recommend change. There was also a strong feeling among assembly members that they wanted to present a unanimous recommendation for an alternative model – either STV or the much more established model of MMP that has a comparatively stellar record of representing women and diversity.

In these final days, exhausted members were apparently faced with a small number of representatives (strangely from northern BC that will be very poorly served by STV) who made it clear they would block consensus if the recommendation was the MMP.

The rest is unfortunately history. In spite of the fact that fully 80% of public submissions instead supported some form of MMP, four years and two referenda later we are still stuck with a single choice: STV or nothing.

The good news is that there substantial and growing appetite for electoral reform in BC. The STV referendum in 2005 received 57% support. This was in spite of the fact that 64% of British Columbians knew “nothing” or “very little” about STV according to a Ipsos-Reid poll at the time. A second poll by Nordic Research Group poll on the eve of that referendum showed that only 37% of respondents could even name STV.

This was not for lack of trying. The BC government had mailed a 20-page explanation of STV to all 1.5 million households in the province, followed by a second mailing from the BC Referendum office.

British Columbians were voting for change. They were not voting for STV.

However, the many good people now working hard to promote STV maintain that this may be our last chance for electoral reform in BC. This is simply not true.

Five years ago it was a difficult to find more than a handful of people actively engaged on reforming our electoral system. We have since come a very long way in raising public awareness. Electoral reform is now inevitable in Canada, whether our politicians want it or not.

There is also an bizarre sentiment that STV is somehow a road to MMP. This is nonsense. If you find yourself standing at the front of a church about to be married to someone other than your true love, the time to call of the wedding is now - not after you have bought a house and had three children.

Once we change our electoral system, we will be committed to several election cycles before it can again be changed again. Untangling the mistakes flowing from the final days of citizen’s assembly process 20 years from now will be exponentially more difficult.

We soon will have had two referenda on STV. If this second one again fails, proponents of STV must admit this model is truly a loser and throw their admirable determination behind the alternative MMP model, also developed by the citizen’s assembly.

Incredibly, in spite of two referenda and hundreds of public submissions in support of it, this model has never been presented as a choice to the people of British Columbia.

Change must come to our electoral system. But not change that may make gender and minority representation in Canadian politics even worse.

Mitchell Anderson is a freelance writer based in Vancouver. His late mother Doris Anderson, the former President of Fair Vote Canada, a strongly opposed STV.
Posted by Mitch Anderson at 8:38 am